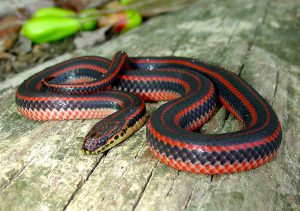 The Everglades is a sanctuary for hundreds and thousands of delicate species of plants and animals that continually fight to survive in our modern world. But as you may imagine, there are constant threats that jeopardize the lives of our beloved animals in the Everglades. For example, the development of state lands is still one of the most highly debated subjects in the state of Florida today—mainly because of it’s impact on the plants and animals that inhabit the Florida Everglades.

Over the years there have been animals that have fell victim to extinction as a result of development, poaching etc. Though there are many laws that prohibit the destruction of these lands we hold so dearly to us, there are still battles that need to be fought to ensure that all of the life that has been established in the Everglades for hundreds of years remains just as they are for hundreds of years to come.

Florida has unfortunately seen a number of plant and animal species go extinct. A few of the most recent extinct animals include the South Florida Rainbow Snake and the Florida Fairy Shrimp and the Dusky Seaside Sparrow.

Though not all of these species were “Everglades” animals, the loss of these creatures should be used as an example and eye opening experience to promote conservation. As the largest areas in the state for wildlife, protection of the Everglades is vital to maintaining and restoring the ecosystems that make our beautiful landscapes function as they should.

Extinction can be prevented by conservation. Groups such as The Conservation Trust of Florida has dedicated their cause to preserving the Florida Everglades, and other natural areas of Florida for generations upon generations. This group provides recommendations for those who want to assist in conservation efforts by way of a donation or by volunteering.