Masters of Camouflage In The Everglades 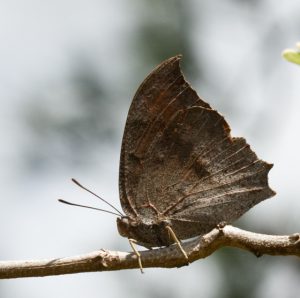 Our guides at Everglades Adventures are absolute pros when it comes to locating animals for our adventurers to enjoy. During your tour, expect to see plenty of birds, alligators, turtles and more! What you may not know is that when you’re out in the Glades, there will likely be animals in plain view that you and our guides may not notice. The reason? Camouflage.

Natural camouflage is an amazing mechanism that many creatures use, including those in the Everglades. Camouflage is an adaptation that animals both large and small have developed over many years through evolution to increase their chances of survival in the natural world. In short, camouflage is defined as an animal’s ability to hide itself from predator and prey.

There are several factors that determine what sort of camouflage an animal may have. The first factor that will determine how an animal will camouflage depends on the behavior of the animal. For example, a solitary animal like the American Alligator will camouflage differently than say, a wood stork that will generally travel with a flock.

The most important factor in regards to camouflage is thought to be the animal’s environment. The simplest camouflage technique is for an animal to match the “background” of its surroundings. For most animals, “blending in” is the most effective approach. In most mammals, camouflage coloration is seen in fur because this is the outermost layer of the body. In reptiles, amphibians and fish, it is in the scales. In birds it is in the feathers and in insects it is part of the exoskeleton.

Baby White-tailed deer as well as baby alligators are a few of our favorite masters of camouflage. Baby white-tailed deer are born with white spots to better blend into their grassy surroundings. These spots will disappear as the animal matures. Baby alligators are born with brownish-grey scales, but unlike their parents, also have yellow striping on their backs that also help them blend into low lying banks of a watering hole. It is not uncommon for newborns of many species to have different coloring than their parents. These physical changes allow for a higher chance of survival for these young creatures.

Copperhead snakes are an excellent master of camouflage as its coloring is almost identical to the leaves and grass that they slither upon.

One of our ultimate favorite masters of camouflage? The Florida leafwing (pictured above). Though beautiful, the Florida leafwing is federally endangered. In flight, the bright orange upper wings make this species easy to spot. However, when at rest, coloring of its lower wings makes this animal look like a dead leaf.

Bring a camera and keep your eyes open! Let’s try to spot some of these masters of camouflage together!